The Black and Tan Comrac Bar medal , the comrac bar medal was for combatants only

Die struck in bronze, a slain cuchulain to front with the raven perched on his shoulder(signifying that he was indeed dead), 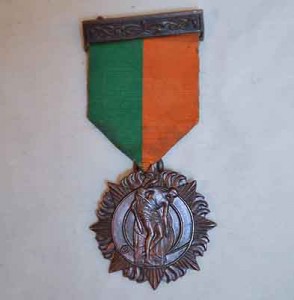 issued to mark the 50th anniversary of the Rising in 1966. 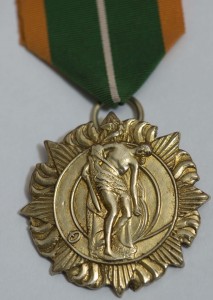 Issued in 1959 to mark the 5o.th anniversary of the founding of the Fianna. Approximately 2,000 medals  issued, privately issued by the Fianna , a non-government issue medal.